We use our own cookies and third parties ones to offer our services and collect statistical data. To continue surfing implies your acceptan. More information Accept
Back to Blog

Allen Iverson has been one of the most impactful point guards in the NBA in the 21st century. His ability, quickness and movements on the court made him a fearsome player. That allowed him to forge a great career, especially with the Sixers, where he spent 11 seasons and played his best qualities. Today we want to review the difficult and complicated life of Allen Iverson.

Growing up in the 1970s and 1980s in a slum in Hampton, Virginia, was not easy, especially for an African-American child. He lived in a house where, at times, there was no electricity or water and where poverty, drugs and murder were the order of the day. To make matters worse, his mother gave birth at the age of 15. He witnessed his first murder at the age of 8 and at 16 his best friend was also a murder victim. With no resources or future prospects, his only escape was sports.

Iverson's great good fortune was that he would excel as an athlete and demonstrate a great talent for mastering several sports. In high school, he was the star of both the football and basketball teams. His qualities, both physical and psychological, allowed him to stand out above the rest.

This allowed him to be one of the top players at the national level in both disciplines, and also offered him the opportunity to choose between the two sports, something quite unusual.

Iverson and his friends were bowling at a local bowling alley when they got into a fight with another group of boys, a priori, for racial reasons. As a result of the fight, no one was injured (or at least not particularly seriously), but Iverson was still accused of hitting a woman with a chair and charged with provoking a racial fight. After the trial, Iverson was sentenced to no more and no less than 15 years in prison. All this happened when he was only 17 years old. So, the outlook was devastating. In his mid-teens, Allen had to go to prison for the next 15 years, that is, practically the entire time he was playing in the NBA.

But, once again, fate had other plans. The case got a lot of media attention and influential people pressured the state to release him. And so it was that, finally, the governor of Newport News, Virginia, Douglas Wilder, pardoned him, and Allen Iverson was released, after 4 months in jail, to be able to continue with his professional career as an athlete. 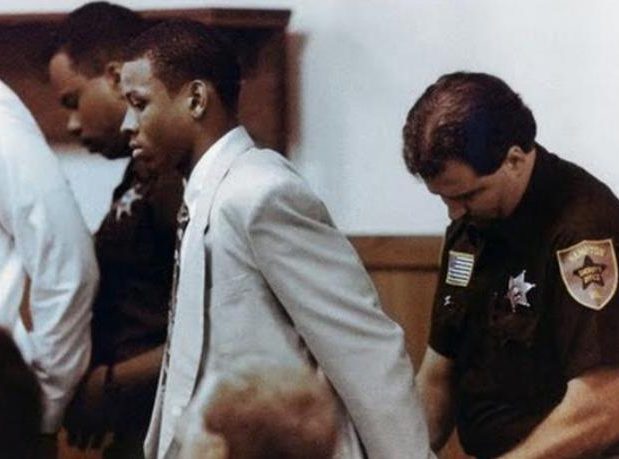 College, the beginning of change

But it wasn't all darkness in Iverson's adolescence. While he was behind bars, his mother, Ann, went to Georgetown University coach John Thompson to help her son. And he did. In the spring of 1994, the head coach visited Iverson and convinced him to play for his team. Once again, life would take another 180-degree turn, and the shooting guard was on his way to his new team in the NCAA.

In college, Iverson changed his attitude and focused all his efforts and energy on playing under Thompson. In his first year he averaged 20.4 points and 4.5 assists, which allowed him to be elected the best rookie of the season. In his second season he not only reaffirmed his numbers, but improved them. He was one of the top scorers in the NCAA, with 25.0 points per game, and a great passer (4.7 assists). With those numbers and his playmaking personality, he earned the nickname that would stay with him for life: The Answer, the answer to all of Georgetown University's problems. And Iverson's career only took off.

Michael Jordan is arguably one of the athletes who has most inspired young people around the world to pursue their dreams. And Allen Iverson was not to be outdone. In 1992, over lunch with his friends he said, "I think I could beat Michael in a one-on-one." Everyone thought he was talking about Michael Evans, one of the team's members, and told him that everyone knew he could beat him. "No, no. I bet I could beat Michael Jordan," he said to everyone's surprise. That was Allen Iverson.

So, in 1996, Iverson dropped out of college and entered the NBA Draft. The recruiters were in love with the shooting guard and his reputation as a troublemaker was fading. And then came the surprise. He was selected first overall, ahead of Kobe Bryant and Ray Allen, among others.

He was the shortest player in history to be selected in the first position of the draft, and the team that selected him was the Philadelphia Sixers. His preponderance did not take long to come out and in his first season he accomplished what he had told his friends years before, "to beat Michael Jordan". In a game against the Bulls, Iverson was encouraged to "humiliate" Michael Jordan with a crossover that left the number 23 paying on a steal attempt, scoring the double and causing the astonishment of all the fans who had the opportunity to witness the confrontation. You can watch the play in the following video:

Worse Allen Iverson would always be linked to trouble. His difficult and troubled childhood would always haunt him in one way or another. Among the problems he had, he was arrested for possession of weapons and marijuana in his car; problems with his wife, whom he once left naked in the street, etc.

His way of dressing, with chains, long jeans and soccer or basketball jerseys, clashed with NBA dress codes, which caused him to have problems with David Stern. Thus, in 2005 the league's commissioner, David Stern, implemented a dress code prohibiting just the way Iverson and other players dressed. Iverson harshly criticized such a measure, noting that it "will not change a person's character regardless of what they wear. To associate hip-hop clothing with violence, drugs and bad behavior is racist," he said.

But despite being a troubled player off the court, his talent took him to the NBA's Olympus and in 2001, under Larry Brown, Allen Iverson and Philadelphia would make it to the league finals. However, his team fell to the mighty Lakers of Kobe Bryant and Shaquille O'Neal.

After that season, Iverson continued in Philadelphia, but his troubled nature began to take its toll on the team and soon conflicts with his coach, Larry Brown, reached boiling point. "I coached Reggie Miller, Danny Manning, Bobby Jones, Billy Cunningham, Dan Issel and David Thompson, but I never faced a challenge like him," Larry said.

A few weeks later, Philadelphia got rid of him and sent him to Detroit in a trade. This would be the first of several changes that Allen Iverson would have in a short time. From the Pistons he would go to the Denver Nuggets and then to the Memphis Grizzlies. In other words, Allen did not fit in with any team he played for. 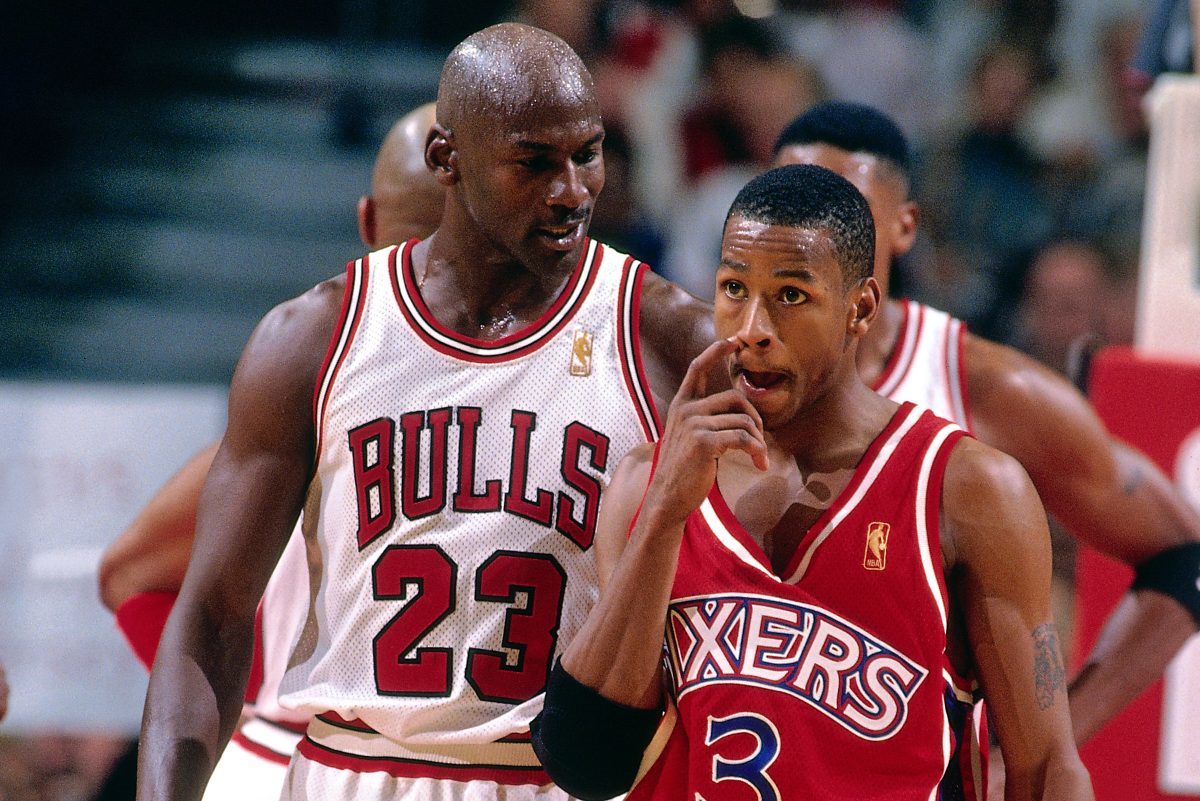 Back to the beginning

Three years later, in 2009, Iverson returned to his first team, the Sixers. Despite his efforts, he failed to satisfy the staff and the team and his NBA career was over. He would later go on to play for Besiktas in Turkey without much success, retiring before the end of his 2-year contract due to a calf injury.

Due to his financial problems, Allen Iverson tried to return to the NBA. In February 2012, he received an offer from the Los Angeles Lakers. However, it entailed first playing some games for their affiliated team in the NBA Development League, Los Angeles D-Fenders so the player declined the offer.

A few days later, he also turned down a proposal from Guaros de Lara to play in the Venezuelan Professional Basketball League. According to the club's co-owner, Jorge Hernandez, the player did not want to leave the United States.

In January 2013, the Texas Legends made him an offer to play in the NBA D-League, however, Iverson again rejected it.

On October 30, 2013, he announced his definitive retirement from the courts.

To make matters worse, the 165 million he had earned playing had vanished. Traffic fines, debts, problems with the law, and bad company caused Iverson to mismanage his wealth, and he lost everything.

Today, Iverson is improving his financial situation, earning money thanks to different contracts.

But beyond his past, his mistakes and his accidents, Allen Iverson remains in the collective memory of all those who dared to dream of a prosperous future in basketball.

And he certainly did it. His long arm sleeves, headband, tattoos, braids and baggy clothes will be part of his legacy and his personal brand. And, as it happens with other players, there is and there will only be one Allen Iverson. 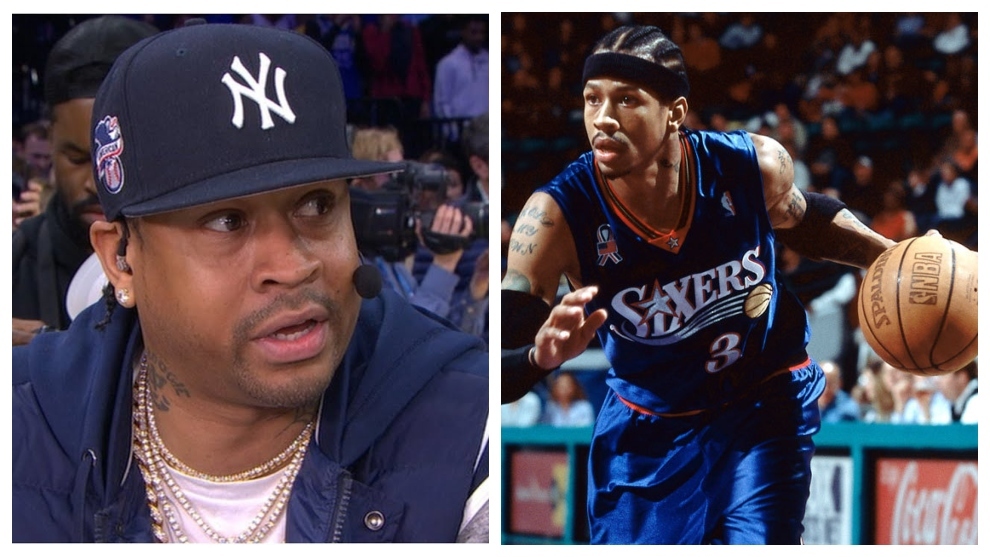